Preparations start in Cong after knock of elections 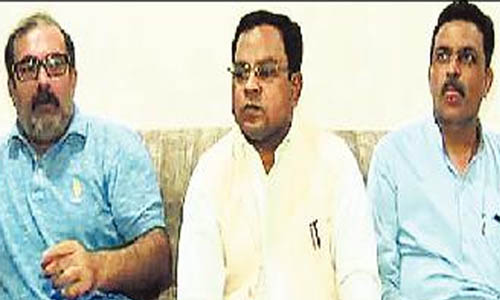 Chronicle Reporter, Bhopal
After the Supreme Court's ban on the increased OBC reservation, the flurry of panchayat and urban body elections has intensified in Madhya Pradesh. In the midst of the knock of elections, Congress has started preparations.
Party's national coordinator Amjad Hasan reached Jabalpur on Wednesday. He held a meeting with party leaders and workers here and then had a one-to-one discussion. The Supreme Court has given a big decision a day earlier regarding OBC reservation in MP. The court has ordered to conduct panchayat and local body elections without increased reservation. Now the assembly elections are to be held in 2023 and then in 2024. With the arrival of the court's decision, the political stir in the state has intensified. It is necessary to strengthen the organization before the elections. After a long time, organizational elections are being held in the Congress. Congress has started preparing for the elections in the organization. In this connection, AICC national coordinator Amjad Hasan reached Jabalpur Wednesday.
Churning on election
Amjad Hasan discussed with all the MLAs of the district as well as the party city president and office bearers in connection with the organizational elections. In view of the organization elections, the party discussed about all the parameters set and the election process. The party leader and coordinator together brainstormed on this. In the organizational elections, 1900 booth officers, 13 block presidents, one city president, 13 state level working committee members and two national executive members are to be elected from Jabalpur district.