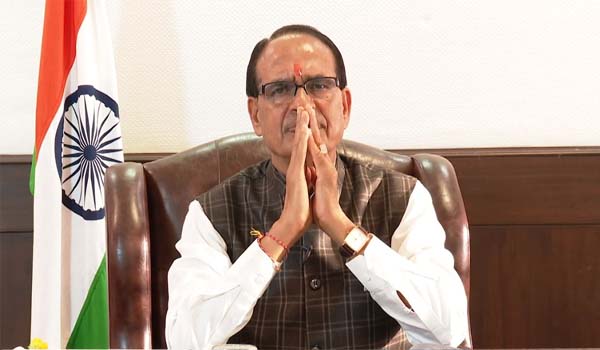 Bhopal: Chief Minister Shivraj Singh Chouhan has said that all possible efforts are being made to prevent corona infection. The work of conducting maximum tests in the state, contact tracing of positive people and keeping them in isolation is going on. Vaccination campaign is also going on continuously in the state. The state government is also proactive in setting up necessary arrangements in hospitals to face the third wave of corona. Chief Minister Chouhan said that the most effective way to prevent third wave is to follow Corona friendly behavior. The Prime Minister, Narendra Modi, the World Health Organization and the Health Department are also repeatedly urging to follow Corona friendly behavior. There is an appeal to the people of the state to be serious about it. Chief Minister Chouhan said this after planting saplings in Smart City Park today.

Our carelessness will invite third wave
Chouhan has said that increasing cases of Kovid is a matter of concern not only in our country but in many countries of the world. There have been 55 thousand cases in Britain after three months of lockdown. Cases of corona are increasing rapidly in other countries of the world as well. In the country too, the positivity rate in many districts has not been less than ten percent. So it is clear that the virus still exists. Positive cases are coming fast in the states of South and Northeast. Cases are increasing day by day in many places. Chief Minister Chouhan said that I appeal to the people of the state not to be restless about Corona.