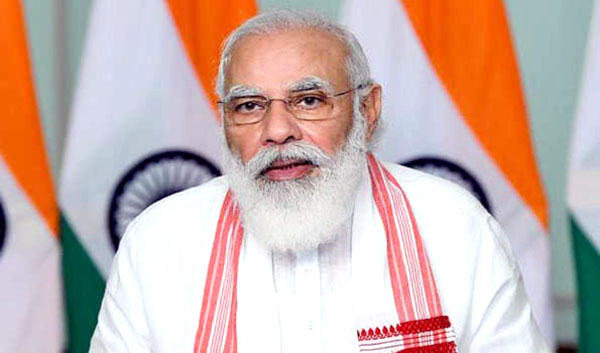 In a tweet, the PM wrote, "Congratulations to Bhupendra Bhai on taking oath as CM of Gujarat. I have known him for years and have seen his exemplary work, be it in the BJP organisation or in civic administration and community service. He will certainly enrich Gujarat’s growth trajectory."

On the occasion, the PM also lauded Patel's predecessor Vijay Rupani and said during his regime he had worked tirelessly for all sections of the society.

"During his five years as CM, Vijay Rupani Ji has undertaken many people-friendly measures. He worked tirelessly for all sections of society. I am certain he will continue to contribute to public service in the times to come," he said in another tweet.

Patel took oath as the new CM of Gujarat on Monday, a day after he was unanimously elected as the BJP’s legislature party leader.

Rupani had quit from the CM's post on Saturday.