Property worth 16.38 crore of AJL and Motilal Vora seized 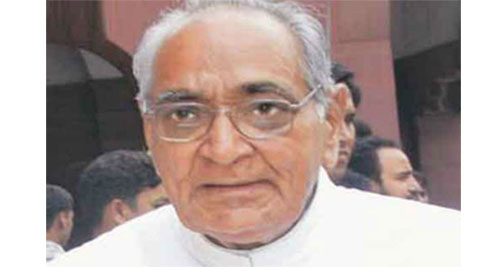 In the National Herald case, the Congress Party and especially Sonia Gandhi have a new crisis. The Enforcement Directorate (ED) has attached the assets of Motilal Vora, one of the party’s closest associates to the Associated Journals Limited (AJL) and Sonia. According to the Provisional Attachment Order issued by the Enforcement Directorate (ED) on Saturday, this action has been taken in a case of money laundering. The attached Rs 16.38 crore property includes a nine-story building spread over 15,000 square feet in Mumbai. The ED issued this attachment order under the Prevention of Money Laundering (PMLA) Act.

Vora and Hooda’s names in the charge sheet too

The ED had filed a charge sheet last year against Motilal Vora and former Haryana Chief Minister Bhupinder Singh Hooda. Plot number C-17 in Sector Six, Panchkula, their names are on the charge sheet due to their direct involvement in the process of procurement and possession. Investigation revealed that the plot was allotted to AJL in 1982. Estate officer HUDA withdrew on 30 October 1992 because AJL did not fulfill the offer letter conditions. In 1996, the reconsideration order was granted after the review petition was dismissed. Hooda has been accused of using his power to reallocate the plot to the AJL under the guise of reallocation.