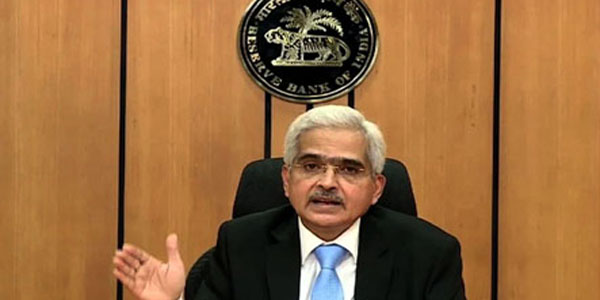 The Monetary Policy Committee of the Reserve Bank of India (RBI) on Friday unanimously kept the repo rate unaltered at four per cent, said RBI Governor Shaktikanta Das. Consequently, the reverse repo rate, at which the RBI borrows from lenders, stood at 3.35 per cent. Announcing the bi-monthly policy the RBI Governor said that the Indian economy was entering into a “decisive phase” in the fight against Covid-19.

The RBI projected the country’s GDP to contract 9.5 per cent in the current financial year, which ends in March 2021. The latest MPC decision came as retail inflation continued to remain at the upper end of RBI’s tolerance range. It has stayed stubbornly above 6 per cent, at 6.69 per cent in August and 6.73 per cent in July.

Today's status quo followed a similar pause in August policy review. High frequency indicators are signalling easing of contraction, Mr Das said, while suggesting that the 'deep contraction' of April-June is behind us. Das said in a statement that the real GDP may contract by 9.5 per cent in FY21. This was the first time that RBI has provided an economic projection since the February 2020 policy meeting.

The data projection by the central bank was crucial, as it laid out RBI’s assessment of the extent of the current slowdown and the mediumterm implication of the current crisis. On inflation, the Governor said it would ease closer to the 4 per cent target by March quarter. "India is poised to move to preCovid growth trajectory," he said, adding that factories and construction activities are coming back to life. The RBI Governor said inflation is likely to remain at elevated levels in September, and ease in the third and fourth quarters of current financial year.

Governor Shaktikanta Das said, “A silver lining is visible and mood of the nation has shifted from despair and fear to confidence and hope”. “Modest recovery in first half of the year could further strengthen in second half… economic activity to gain traction in third quarter,” Das said. In a virtual address to the media, the Governor said Kharif sowing has surpassed last year’s acreage, food grain is set to to be a record, migrant workers are returning to work and the population mobility as well as energy consumption increasing.

The RBI had postponed, the bimonthly meeting of the MPC scheduled for September 29, 30 and October 1 as the government failed to nominate its three members to the six-member panel. MPC is the statutory committee that fixes the key policy interest rate and monetary policy stance of the country as well as the inflation target.