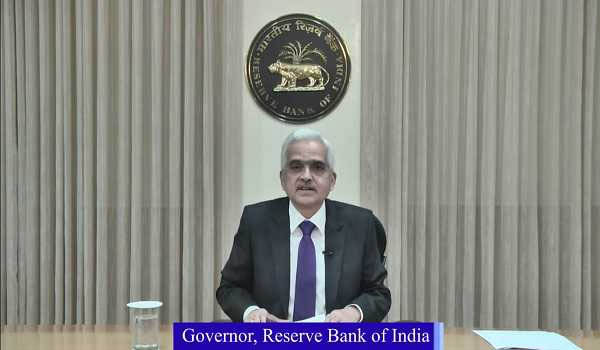 Mumbai, Dec 7 (UNI) As widely expected, the Reserve Bank of India (RBI) on Wednesday raised policy repo rate by 35 basis points (bps) to 6.25 per cent with immediate effect in a bid to contain inflation which has been above its tolerance level.

"Based on the assessment of macro-economic situation and its outlook, the MPC (Monetary Policy Committee) decided by a majority of 5 members out of 6 to increase the policy repo rate by 35 basis points to 6.25 per cent with immediate effect," RBI Governor Shaktikanta Das said while making the Monetary Policy statement.

The MPC also decided by a majority of 4 out of 6 members to remain focussed on 'withdrawal of accommodation' to ensure that inflation remains within the target going forward while supporting growth.

Consequent to this increase in policy repo rate by 35 basis points (one bps equals 0.01 per cent), the standing deposit facility (SDF) rate stands adjusted to 6 per cent and the marginal standing facility (MSF) rate and the Bank rate to 6.5 per cent.

This is the fifth repo rate hike by the RBI to control inflation. The increase in repo rate is set to push up loan EMIs for consumers.

The industry had recommended only a moderate increase in repo rate considering the signs of easing in inflation and need to boost growth.

Both retail and wholesale inflation has recently shown signs of ebbing on declining food and energy prices.

In October 2022, retail inflation dropped to three-month low of 6.77 per cent from 7.41 per cent in the previous month. During the same period, the wholesale inflation dipped below the double-digit mark for the first time since March 2021 as global commodity prices softened from their peak earlier this year.

The RBI Governor noted that real GDP posted a growth of 6.3 per cent year-on-year in the second quarter of the current fiscal driven primarily by private consumption and investment. He further said that going into the third quarter of this year economic activity continued to gain strength in the month of October.

The RBI, however, lowered FY23 GDP growth forecast to 6.8 per cent from 7 per cent earlier. For the current financial year, it kept its inflation forecast unchanged at 6.7 per cent.

In his opening statement, the Governor said that as another turbulent year comes to an end the global economy is marred by profound shocks and unprecedented uncertainty. He further said that mixed signals are emanating from geo-political situations and financial market volatility.

"In the beginning of this year i.e. 2022, just as Covid pandemic was receding, the war in Ukraine overwhelmed the world in a black swan moment and fundamentally altered the global economic outlook," Governor Das said.