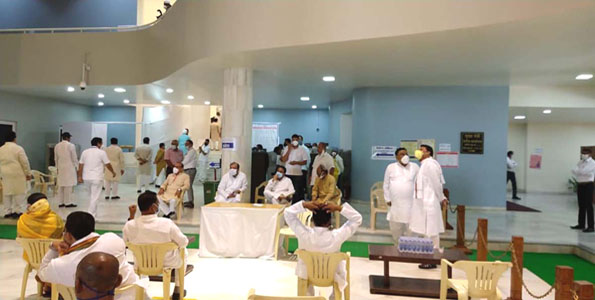 All 206 lawmakers of the Madhya Pradesh Assembly – including a COVID-19-infected representative of the opposition Congress who arrived by ambulance from a privately-managed infirmary wearing a Personal Protective Equipment kit – cast their votes here on Friday within four hours of commencement of polling, at 0900 hrs, for three Rajya Sabha seats.

The ailing legislator – who came in last – had been permitted the postal ballot option but chose the direct method instead. The individual was allowed entry through a special door and the place sanitised prior to the person’s arrival and after departure.