Rahul Gandhi suspends all his rallies in West Bengal 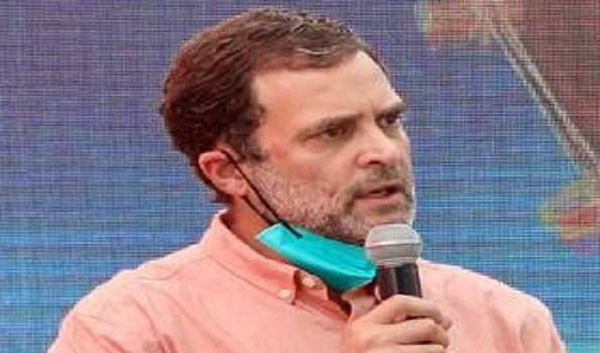 New Delhi, Apr 18 (UNI) Congress leader Rahul Gandhi on Sunday said that he has suspended all his election rallies in West Bengal and also urged others politicians to avoid holding large public meetings due to exponential rise in COVID case across the country.
"In view of the Covid situation, I am suspending all my public rallies in West Bengal.
I would advise all political leaders to think deeply about the consequences of holding large public rallies under the current circumstances," Mr Gandhi tweeted.
Three phases are still left in West Bengal. Congress is fighting the Assembly polls in alliance with Indian Secular Front (ISF) and CPM-led Left Front.
On Saturday, in the fifth phase polling the state recorded around 80 per cent voter turnout.
India reported 2,61,500 fresh cases of COVID-19 in the past 24 hours, the highest single-day spike since the outbreak of the pandemic, according to the Union Health Ministry data released on Sunday.
Besides, the country also recorded 1,501 deaths due to the virus, pushing the death toll to 1,77,150.
It was the fourth consecutive day when the country recorded more than 2 lakh cases in a day.