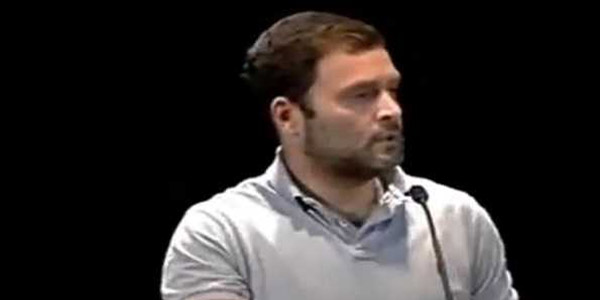 Congress leader Rahul Gandhi on Monday attacked the BJP government at the Centre on the non payment of pending GST revenue to the states and instead asking state governments to borrow the pending amount from the Reserve Bank of India.

In a post on the social media, Rahul took a swipe at the state governments that have agreed to the Centre's proposal to borrow from the RBI in lieu of the pending GST compensation due to them.

4. Centre has no money to pay States.

"Why is your CM mortgaging your future for Modi?" Rahul Gandhi said in a tweet.

At a meeting of the GST Council in August, the Centre gave two options to the states for getting the pending GST compensation due to them- to borrow either Rs 97,000 crore from a special window facilitated by the Reserve Bank of India or Rs 2.35 lakh crore from the market.

The Centre had also proposed extending the compensation cess levied on luxury, demerit and sin goods beyond 2022 to repay the borrowing.

Following demand by some states, the amount of Rs 97,000 crore was increased to Rs 1.10 lakh crore.

Twenty-one state governments, which include BJP-ruled government , have opted to borrow Rs 1.10 lakh crore to meet the compensation shortfall.