Rahul congratulates IAF on getting Rafale, but poses 3 questions to NDA govt on Rafale deal 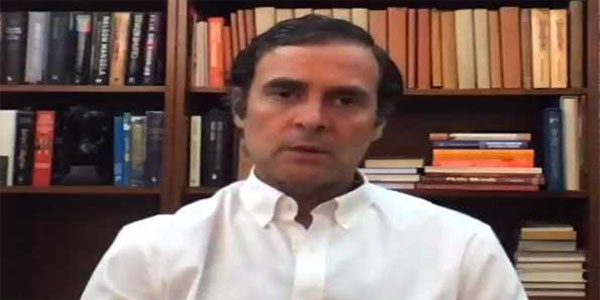 In a post on Social media, Rahul, while congratulating IAF on receiving the Rafale jets, asked Why each aircraft costs Rs 1670 crore, instead of Rs 526 crore.

He also questioned as to why 36 aircraft were bought, instead of 126.

Rahul also questioned why Anil Ambani was given a Rs 30,000 crore contract in Rafale deal, instead of HAL.

'Congratulations to IAF for Rafale. Meanwhile, can GOI answer:

The former Congress chief had, during the campaign for the 2019 Lok Sabha election, made allegations of corruption in the Rs 59,000 crore deal to buy 36 Rafale fighter jets.