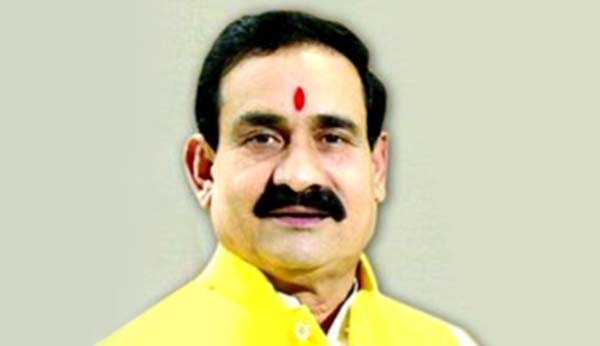 Rahul should apologize to the country
Madhya Pradesh Home Minister Narottam Mishra said in the context of the statement given by former Congress President and MP Rahul Gandhi about the 'Emergency' that he should come forward and apologize to the country. Mishra said through his tweet, 'Rahul Gandhi, I am glad that finally you too understood that your party takes anti-national decisions and your grandmother's decision to impose emergency in the country was wrong. Now you should come forward and apologize to the country, because your grandmother did not apologize. At the same time, Dr. Narottam Mishra fiercely attacked West Bengal Chief Minister Mamata Banerjee on Wednesday. Union Minister for Road Transport and Highways Nitin Gadkari arrived in Purulia on an election tour. Mishra, while addressing a large general assembly in Joypur assembly, said that Mamata Didi, who has been ruling here for ten years, has kept Bengal poor. Today if there is a situation of hunger here, then she is also responsible for it. Dr. Mishra said that the first Communists looted Bengal for 32 years. After that, there is Mamta Didi's government here for ten years.