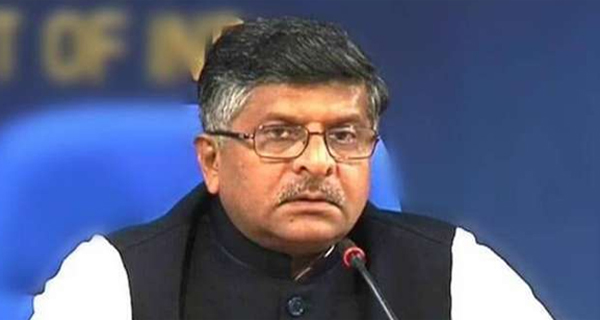 The BJP on Wednesday accused former Congress President Rahul Gandhi of adopting a highly irresponsible attitude towards the nation during the entire Corona crisis, lowering the morale of the people and trying to mislead the country for his political gains.

Referring to Mr Gandhi comments since March, senior BJP leader and union minister Ravi Shankar Prasad said in a press conference here that the Congress leader's series of comments has shown his irresponsible attitude where he has attempted to mislead the country for his political advantage.

'We have received success. But the job of the Congress leader is to pull down the morale of the people and to gain political advantage from it. I wish Mr Gandhi had stood for the benefit of the country,' he said.

Mr Prasad said the total population of 15 major countries of the world affected by Corona, excluding China, is 142 crore and in those countries till date 3,43,562 people have died while 4,345 deaths took place in India with population of 137 crore.

As many as 61,239 people have recovered in the country, he said.

He said that there is no medicine for Corona, only prayers and lockdown, adding that the success is the result of the courage that Prime Minister Modi showed and his leadership by leading from the front.

Even the World Health Organisation has repeatedly appreciated India’s early lockdown, calling it far-sighted and courageous, he said.

The Union Minister of Communications and Law said Mr Gandhi is working diligently to break the country's resolve to defeat Corona and indulging in negativity and lies.

Referring to the statements and tweets of Mr Gandhi, he said that he praised supporters of Kashmir's 'freedom' and terrorism.

'Mr Gandhi congratulated some journalists associated with Associated Press for winning the Pulitzer prize over their photos in Jammu and Kashmir. But here is what AP said was the aim of the photos – independence of the region.'

'Does Mr Gandhi support independence for a region that is an integral part of India?,' Mr Prasad asked.