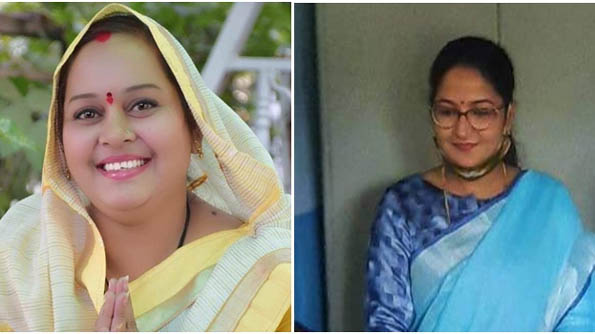 Dr. Sanjay Pyasi, Satna
In the picture that has emerged after the filing of nominations for the Ragao by-election, there is a possibility of a direct contest between the Bharatiya Janata Party and the Congress. Due to the Bahujan Samaj Party being out of the electoral battle, the seriousness of the public towards the other candidates who are currently in the election is not visible that much.
The kind of enthusiasm shown by 19 people by submitting their applications on Thursday, the last day of nomination filing, seems to be diminishing after the arrival of Chief Minister Shivraj Singh Chouhan. The Chief Minister seemed successful to a large extent in turning the atmosphere in favour of the BJP. For the first time it was seen that after the announcement of the official candidate of the party, four people submitted their nominations from the BJP side.
The rebels were hopeful the ticket could be changed after the strong protests. Perhaps this situation would not have happened if the Chief Minister had reached in the morning to submit the nomination along with the BJP candidate. The candidates whose candidature remains with the BJP till the scrutiny of nomination papers include Pushpraj Bagri, Bandana Bagri, Rani Bagri and Rajesh Kumar. However, after filing nominations, the Chief Minister convinced main rebel Pushpraj Bagri, son of the main rebel former MLA Late Jugalkishore Bagri, not to contest.
The people of the area do not seem to agree with the BJP's official candidate Pratima Bagri, which is why the Chief Minister had to tell the stage that only the people and the workers have to fight this election, the candidate is the symbol of the party. On the other hand, after the announcement of the Congress candidate, for the first time, no opposition voices were heard inside and outside the party, otherwise, usually from the last three to four elections, the Congress rebels would have gone to the polls against the Congress. Assuming the silence of the past, the experts have vaguely accepted that there can be a situation of consensus in the Congress too. But some people are also sure that no attempt of BJP could succeed in the Chitrakoot assembly by-election.
A large section of the BJP is not happy with the organization's decision that the leader's son or daughter cannot become the political heir. Political legacy leaders have been passing on their political legacy to their future generations from tradition. The effort that the organization has made to break that tradition in this by-election, its result will also be revealed in this election.