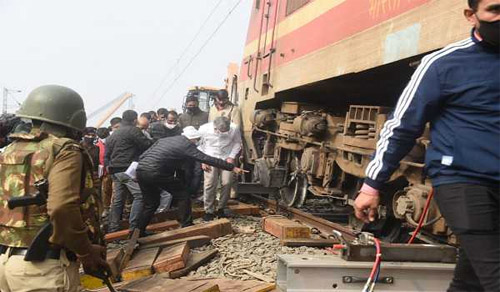 The accident site is about 42 kilometres from New Jalpaiguri station and 100 kilometers from New Alipurduar station.

Sharing details about the accident, the union minister said a complete inspection of the site would be carried out.

On the cause of the mishap, he said it was yet to be ascertained but an issue has been suspected in the locomotive equipment of the train.

The Minister announced that a compensation of Rs 5 lakh has been extended to the families of the deceased while Rs 1 lakh each has been announced for those seriously injured. Also, Rs 25,000 each is being given to the mildly injured passengers.