Rajkummar Rao and Janhvi Kapoor’s 'Mr and Mrs Mahi' goes on the floor, gears up for early release 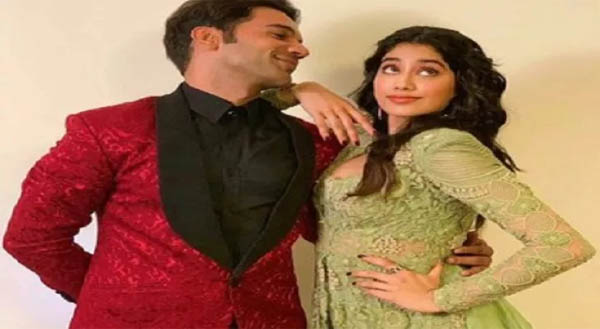 Mumbai, (UNI) Rajkummar Rao and Janhvi Kapoor will be sharing the screen in their latest upcoming film “Mr and Mrs Mahi”. The shooting for the film began today, according to producer Karan Johar who announced it on the official Instagram page of Dharma Productions. Sharing a photo of the clapboard from the movie's sets on Day 1, Dharma Productions wrote, “The field is set and team #MrAndMrsMahi is all geared up! Day 1 of shoot begins!” Karan Johar shared the post on his Instagram Stories and wished the 'Mr And Mrs Mahi' team his best. The filmmaker wrote, “Best of luck to the entire team of #MrAndMrsMahi for starting the first innings! Knock it out of the park (sic).” The movie has been touted as a heart warming tale of cricketing aspirations with Janhvi Kapoor revealing some of her early filming preparations as she shared pictures of herself at a cricket camp being trained by Indian cricketer Dinesh Karthik. She captioned the post, “Cricket camp #MrandMrsMahi (sic).” While announcing the film Karan Johar wrote on his Instagram page, “One dream, chased by two hearts. Presenting #MrAndMrsMahi, directed by Sharan Sharma who is back with another heart-warming story to tell with his touch of magic! Starring Rajkummar Rao & Janhvi Kapoor, a partnership to look forward to. See you on the field aka the cinemas on 7th October, 2022 (sic).” In “Mr.and Mrs. Mahi”, Rajkummar Rao and Janhvi Kapoor will play characters named Mahendra and Mahima, respectively. The movie is scheduled to gear up for its theatrical release on October 7 this year.