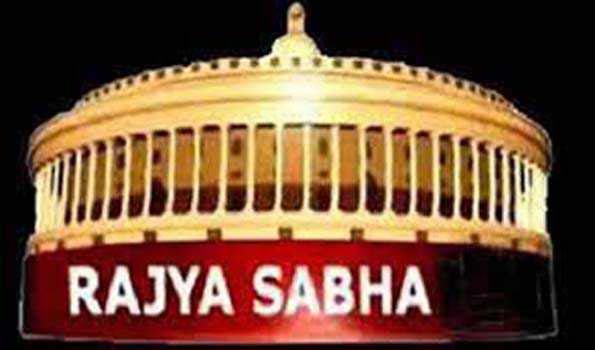 New Delhi, Jul 22(UNI) The Rajya Sabha proceedings were adjourned for the day on Thursday after multiple disruptions by the Opposition over the Pegasus spyware controversy among other issues.

As the House assembled at 1100 hrs, Congress leader Digvijay Singh attempted to raise the espionage issue and Income Tax raids on Dainik Bhaskar newspaper group. The Opposition Members of Congress, All India Trinamool Congress, Akali Dal and several other parties trooped to the Well showing placards targetting the government.

The Chair asked them to give notice on the issue to be raised and requested them to resume their seats." Please go back to your seats...follow the parliamentary practice, send a notice to me. Going by merit, I will allow you," he remarked.

On seeing his repeated requests for decorum going unheeded, Mr Naidu said, "Members are not interested in the proceedings... House is adjourned as some members are disturbing the proceedings,' and adjourned the House till 1200 hrs.

When the House reconvened at 1200 hrs, the scene was no different with the Opposition continuing to raise slogans against the government.

Chairperson Harivansh tried pacifying the agitating Members but when it went in vain, he adjourned the House till 1400 hrs.

No sooner had the House reassembled after the second adjournment, Information and Technology Minister Ashwani Vaishnaw made a statement on the Pegasus report which was disrupted by the Opposition Members who started raising slogans.

The report coming right ahead of the monsoon session can not be coincidence, he stated amid the pandemonium.

When the sloganeering continued unabated, he tabled his statement and Deputy Chairman Harivansh Rai House adjourned the House for the day.