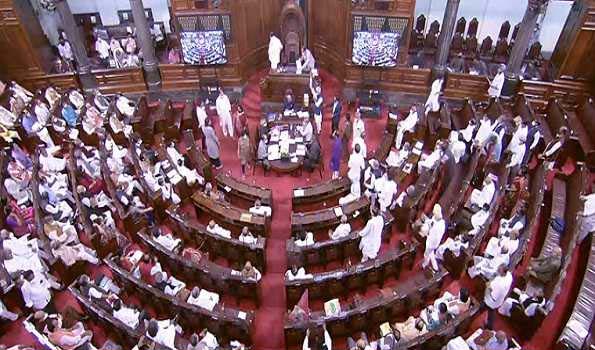 New Delhi, Jul 20 (UNI) The proceedings of the Rajya Sabha were adjourned till 1200 hrs on Tuesday following Opposition ruckus over a host of issues, including the Pegasus snooping row.

As soon as the House assembled at 1100 hrs and necessary documents were laid on the table, the Opposition members insisted on suspension of regular business under Rule 267 which was denied by Chairman Venkaiah Naidu.

"You give 15-16 notices under 267. How many can I take?" Mr Naidu said and asked them to raise the issues during Zero Hour instead.

He requested the members to remain calm and allow the House to function.

Not paying heed to his requests, some members of the Opposition, including Congress, came in the middle and started raising slogans.

At this, Mr Naidu said that some members are adamant on not allowing the House to function smoothly and adjourned the house till 1200 hrs