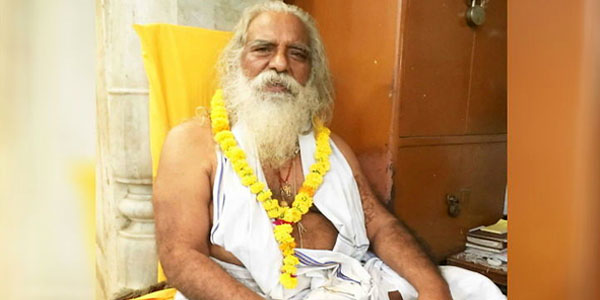 The Mahant was here to attend Janmashtami celebrations at Shree Krishna Janmasthan when he fell unwell. He was rushed to a hospital where a rapid Antigen test detected him Corona positive.

Senior officials, including District Magistrate Sarvagya Ram Mishra and the CMO, rushed him to Sita Ram ashram where he was put under medication.
Later, a test detected that the Mahant was Corona positive.

The Mahant would be shifted to Medanta hospital.  The Mahant of Maniramdas ki Chavni in Ayodhya, had attended the Bhoomi pujan of Ram temple in Ayodhya on August 5.

Meanwhile, UP Chief Minister Yogi Adityanath has taken details of his health status. The CM spoke to DM Mathura and his followers and also to Dr Trehan of Medanta and requested for immediate medical attention for Mahantji at Medanta.