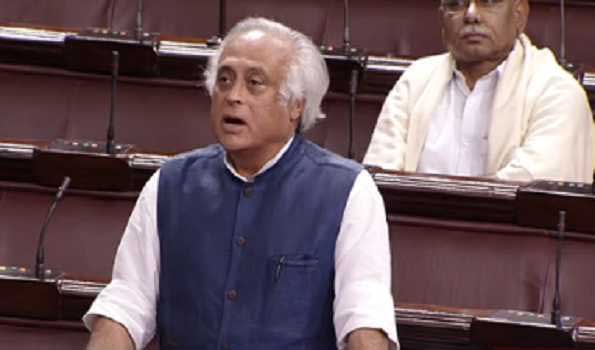 New Delhi,Rajya Sabha member and senior Congress leader Jairam Ramesh on Tuesday urged Chairman of the House M Venkaiah Naidu to initiate discussion over the Law Commission’s 2018 report on the Uniform Civil Code.Mr Ramesh urged the Government to share information on what actions it has taken on the Commission's recommendations.The MP pointed out that the Commission was of the opinion in a consultation paper that the UCC was neither necessary, nor desirable at this stage.Raising the issue through the Zero Hour, the Congress lawmaker said the Commission, acting on a reference made by the government in 2016, had on August 31, 2018, floated a consultation paper on Reforms on Family Laws.'On August 31, 2018, the Law Commission released a 185-page consultation paper, which is called reforms on family laws, having four chapters - marriage and divorce, custody and guardianship, adoption and maintenance, and succession and inheritance.'Inevitably, the chapter on marriage and divorce occupies most of the space in this report," Ramesh said.

In the consultation paper, the Commission, Mr Ramesh said, has dealt with the laws that are discriminatory, "rather than providing a uniform civil code, which is neither necessary, nor desirable at this stage".He further said the Commission in the consultation paper, stated "While the diversity of Indian culture can and should be celebrated, specific groups or weaker sections of society must not be dis-privileged in the process.'The Law Commission then went on to say that the way forward may not be a Uniform Civil Code, but codification of all personal laws, so that prejudices and stereotypes in every one of them will come to law and could be tested on the anvil of fundamental rights," he added.He also requested the Chairman to allot time to discuss the issue. Responding to Mr Ramesh, Mr Naidu said 'We have been discussing this for years together, we need to discuss this further.'