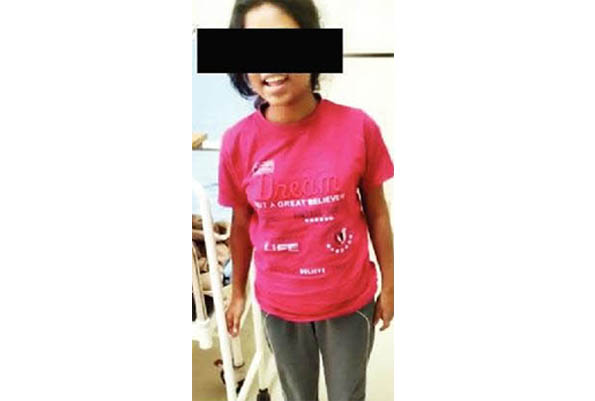 Chronicle Reporter, Bhopal
In the neurosurgery department of AIIMS Bhopal, a rare spine surgery of a 14-year-old girl was conducted, who was a resident of Bhopal. AIIMS doctors have said that this operation was very complicated. The patient is completely out of danger now.

That’s the whole case
A 14 year old girl was brought to Neurosurgery OPD for treatment of recurrent abdominal pain and admitted for all tests. A CT scan of the spine was conducted and a defect in the sacrum and a large cyst that was compressing the rectum were found. There was very little space to operate in, making it extremely challenging to operate. An internal meeting of the departments was held by Professor Amit Agarwal, Dr. Adesh Srivastava, Dr. Sumit Raj and Dr. Pradeep Choukse and it was decided to conduct the operation as soon as possible.

It was closed with the help of screw
Dr. Adesh Srivastava told that sometimes these cysts can be very big which look like pregnancy. The patient was taken for surgery with utmost care. The cyst was ligated and dural repair was performed. The posterior defect was closed with titanium mesh and screws. At the end of the procedure, the patient was able to move his limbs, thus achieving the goal of the surgery. The operation was performed under Intraoperative Neuromonitoring (IONM) by Dr. Ruchi Singh. Dr. Sunaina and Dr. Riya were included in the anesthesia team. This is an extremely rare disease. Such operations are performed only in specialized centers.
Since the patient was a beneficiary of the Ayushman Yojana, she did not have to pay anything extra.

What is anterior sacral meningesoil
Anterior sacral meningoseal is a rare form of malformation in the spinal cord that is sometimes associated with syndromes such as Curranino and Marfan syndrome. These lesions rarely lead to neurological problems, but meningitis, sepsis, obstetric problems, and bowel and bladder problems are common secondary conditions. These wounds can also be fatal, because usually these wounds do not go back immediately. Surgical treatment for symptomatic or growing masses is the standard procedure. Dural defects can be improved through a variety of anterior or posterior procedures.
Why was this disease rare?
Surgery for ante-sacral meningoseal can be done from both the anterior and posterior sides. The doctor told that we chose the posterior approach as it is straight and leaves a small scar. Management of anterior sacral meningoseole is challenging. Its success depends on the coordination between the neurosurgeon, neuro-anaesthesiologist and a neurophysiologist. It is an extremely careful surgery as there is very little room to operate and even a small damage can cause weakness of the limbs and symptoms affecting the bladder and bowels.