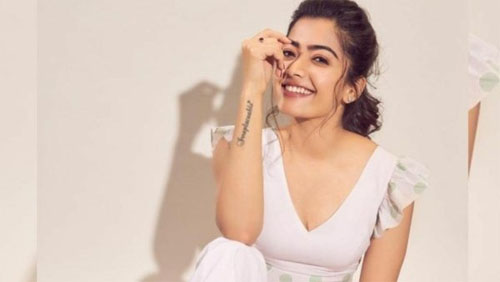 National crush, Rashmika Mandanna has been on a roll recently with multiple projects across all industries, along with 2 Big banner Bollywood films. Her debut Tamil film, 'Sulthan', which was recently released opened to rave reviews from audiences and critics alike.
The actress is all set to ring in her 25th birthday on 5th April in Mumbai. It will be working birthday for the actress this year. In a recent interview with a leading publication, Rashmika reveals, “This year I will be working on my birthday, shooting for 'Goodbye'. Let’s see could see how that goes as it's the first time that I'm doing it.”
She further adds, "This birthday, I think I just need to celebrate all the work that I'm doing, I am so grateful for it"
Recently, Rashmika had wrapped up a schedule for her debut Bollywood film, 'Mission Majnu' in Lucknow. After which she straight away lands upon her 2nd Bollywood project, 'Goodbye' in Mumbai.
With previous outstanding performances in 'Geetha Govindam' and 'Dear Comrade', Rashmika has won millions of hearts. Audience is now waiting with a baited breath for the actress' upcoming releases.