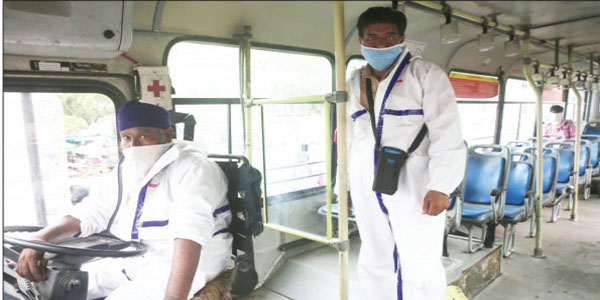 Record patients of Corona were found in Bhopal on Thursday. So far the highest number of 135 infected in a day was found and if 14 repeat positives are added to it, then the number has reached 149. Earlier, 106 patients were found in the capital on Sunday.

The increase in corona patients after Unlock 2 continues in Bhopal and Madhya Pradesh. There are 70 to 80 cases found here every day. Bhopal has got 499 new positives of Corona here in 5 days. As many as 106 corona infected have been found on Sunday, 83 on Monday, 97 on Tuesday and 75 on Wednesday.

Total positives close to 4000 in Bhopal

After 135 new cases came on Thursday, the number of infected in the capital has increased to 3991. The last one thousand cases have come within 12 days. So far, 2825 people have returned home in the capital, beating the Corona infection.

125 people have died of the infection. Whereas now active cases have increased to 1035. New corona cases have been found on Thursday from Ashoka Garden, New Ashoka Garden, Jahangirabad, Barkhedi, Nehru Nagar, Chunabhatti, Neelbad, ITBP Bhopal, Idgah Hills, GMC Girls Hostel and Lalghati. With this, positive cases have come from almost all parts of the city. On Thursday, 2 jawans of CRPF Bangrasia were found infected, while three staff members of Gandhi Medical College and a female employee of Mantralaya are positive.