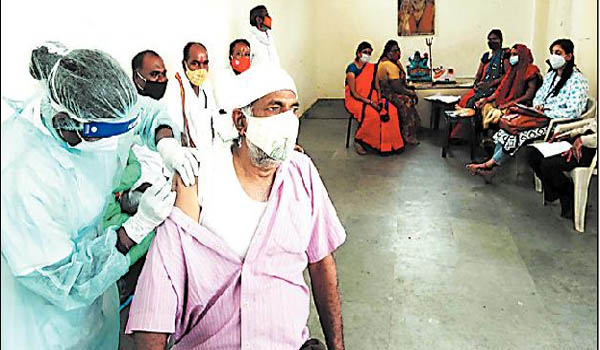 In Madhya Pradesh, surge in Corona cases continues unabated. For the first time, 8,998 positive cases were found out of 46 thousand 526 samples in a day. In the first wave, so many cases were found after more than 3 months. The first corona case in the state was found in Jabalpur on 18 March 2020. After this, on July 4, 2020, a total of 8,996 cases were received. This shows how dangerous the speed of the corona is in the second wave. At the same time, on Tuesday, former president of Shajapur district BJP Narendra Singh Bais also died from Corona.
According to the latest report of the Health Department, on April 12, 40 deaths were recorded according to the government records. Maximum 6 each deaths occurred in Indore and Gwalior and 5 in Bhopal. Four patients have died in Jabalpur. Deaths are also increasing in small towns. 3 people died in Ratlam and two each in Dewas and Agar Malwa. So far 4,261 people have died in the state from Corona.
In the last 24 hours, the maximum number of 8,998 infected people has been found in the state. Similarly, 1456 positive cases have been found in Bhopal, 576 in Gwalior and 552 in Jabalpur. 317 have been found infected in Ujjain and 237 in Barwani. Apart from this, there are 19 cities where 100 to 200 cases were received on 12 April.
Due to the deepening corona crisis, arrangements in hospitals have started collapsing. However, the government is claiming that 1 lakh beds are being arranged in the state. There is no shortage of oxygen and medicines, but the ground reality is different. Now the government is focusing more on the home isolation of patients. Corona's active cases in the state have crossed 43,000. On April 12, the positivity rate reached 19%. On April 6, the rate was 12%. That is 7% increase in 7 days. According to the World Health Organization, the positivity rate should not exceed 3%.
Meanwhile, Chief Minister Shivraj Singh Chouhan has said that in view of the spread of Corona infection in the state, all possible arrangements for treatment are being made. Three times more oxygen supply has been ensured in the state in three days.
Three days ago, where 60 metric tonne oxygen was being made available, today 180 metric tonnes have been supplied. One lakh Remdesivir injections will be made available in the state every month. Orders for 50 thousand Remdesivir injections have been issued for patients and the supply has also started.
One lakh beds are being arranged in the state. CT scan will be arranged in all district hospitals.
Chouhan said that there is no need for anyone to panic in the state. A three-tier strategy is being worked out to control Corona infection. To prevent the spread of corona infection, a massive public awareness campaign is being launched under which, activities like Swashya Agraha, Roko-Toko campaign are being conducted.
Supply of material required for treatment, increase in number of beds and efficient management is being ensured. Along with this, the vaccination campaign has been intensive and extensive. People should be patient and tolerant. The state government is making every effort to maintain the arrangements.