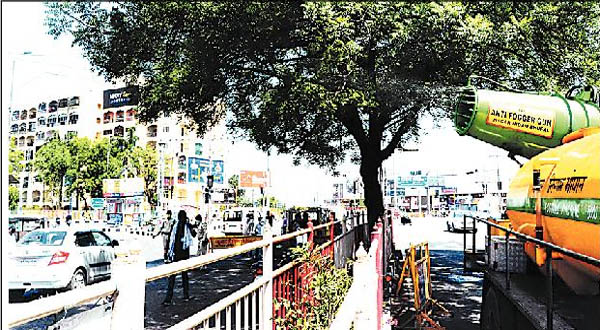 Chronicle Reporter, Bhopal
The situation of Covid-19 is continuously worsening in Madhya Pradesh. In the last 24 hours, a record 12,248 new infections have been detected. During this period, 66 patients have succumbed. The rate of infection is highest in one day at 22.83%. That is, every fourth person in the test was found infected. On April 1, the infection rate was just 10.4%. This is the reason why the government has decided to extend the lockdown by one week in most districts.
On Sunday, as many as 1679 new cases were found in Bhopal. As many as 5300 samples were checked, out of them 1679 were found positive. Earlier, on Friday and Saturday the city had witnessed as many as 1681 and 1669 positive cases.
Bhopal had been seeing the highest number of cases of corona during the last two days, but in the last 24 hours, Indore had the maximum number of 1,692 infected. 7 people have lost their lives here. At the same time, 1,679 new cases have been found in Bhopal and 3 have died. There are 10,605 active cases in Indore and 8,593 in Bhopal.

Mahakal temple priest succumbs
Mahesh Guru, the priest of Mahakal temple of Ujjain, died from Corona. Two days ago a priest had also died. At the same time, former minister and Congress MLA Jitu Patwari has become infected. He was involved in the campaigning in the Damoh by-election. More than 100 leaders and workers of BJP and Congress have been infected, including former Chief Minister Digvijaya Singh, who was involved in the Damoh by-election campaigning.

5 senior IPS officers test positive, retired collector succumbs
5 senior IPS officers have become infected in Bhopal. The infected officers include ADG Bhopal Sai Manohar, Police Housing Corporation MD Upendra Jain, Director of Public Prosecution Anvesh Mangalam, Special DG Fire Shailesh Singh, EOW DG Ajay Sharma. At the same time, retired deputy collector Umar Farukh Khattani (69) died on Sunday morning from Corona. A week at Bhopal's Hamidia Hospital, 70 junior doctors have been infected.
The total number of corona infected in the state has gone up to 4 lakh 8 thousand 80. Corona's first peak came in September 2020. Then one lakh cases were found in 70 days. The second wave of Corona saw one lakh cases in just 17 days. Statistics show that the second wave of corona has a 6-fold higher rate of infection.
373 patients died in 7 days
According to government figures, 373 patients have died in the last 7 days in Madhya Pradesh, but in crematorium many times more bodies are being cremated with corona protocol.