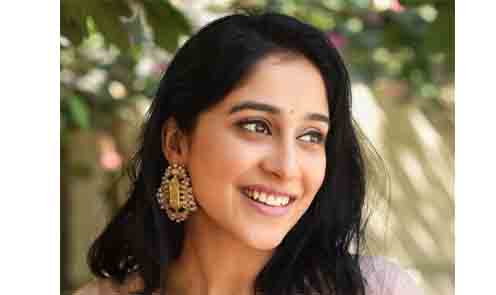 National Award winning actor Amol Palekar will play Shahid Kapoor’s grandfather in Raj Nidimoru and Krishna DK’s next web show. The actor shot for his parts in Goa and Mumbai. Shahid along with Raashii Khanna had begun shooting for the show in February, and it’s currently being filmed in the Maximum City. We now have a new update on this much awaited show. We have learnt that South actress Regina Cassandra too has joined the cast.
“Regina plays a very important role in the show, and is currently filming for it in Mumbai. The shooting is expected to go on for another month, before the makers call it a wrap,” informs a  source close to the development. Besides Shahid, Amol, Raashii and Regina, the show also features Vijay Sethupathi and Kay Kay Menon in pivotal roles. Sethupathi had started filming for his part in August. Shahid and Raashii had even expressed their excitement of working with Sethupathi on social media.
“Collaborating with my favourite human/actor for the third time, this time in Hindi..! Welcome to our set @VijaySethuOffl Sir,” Raashii had tweeted. Shahid had also mentioned on Instagram, “Waiting on set call me soon @rajanddk … can't wait to share the frame with @actorvijaysethupathi sorry @raashiikhanna I’ve got too used to having you around on set.”
While Raashii plays a bureaucrat in this upcoming series, not much is known about Shahid’s role, except for the fact that his character doesn’t have one particular profession in the show. Meanwhile, Raj and DK’s last show, The Family Man 2 had received a lot of love. The duo have now started working on the script of the third part of this Manoj Bajpayee starrer as well.