Renewed bid to establish coordination between power and organisation 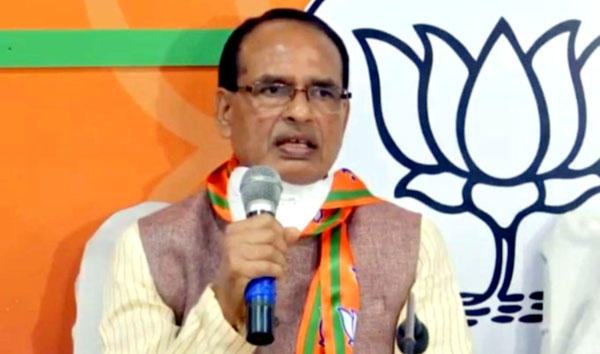 Dr. Sanjay Pyasi, Satna
After the Chief Minister's public darshan, the activity of the Vindhya Reconstruction Manch in the area before the Raigaon by-election has led to a different kind of activism in the Bharatiya Janata Party camp. Political agitation has intensified after the arrival of the candidate and the Chief Minister who reached before the date of the election.
It is noteworthy that in the past, Chief Minister Shivraj Singh Chouhan had visited some parts of the area through public darshan and had indicated a change in the strategy after evaluating the efforts made so far regarding the by-election. According to the sources, despite the visit of half a dozen ministers the dissatisfaction was brewing among the people of the area and it was also a matter of concern for the Chief Minister. After this, the goal of providing maximum benefit of beneficiary oriented schemes before the elections has been entrusted to the administrative staff, for which the Divisional Commissioner and Collector have not only visited the area many times, but MP Ganesh Singh held several meetings with the administrative staff. With the increasing activism of the BJP, the Congress has tried to gauge the pulse of the organization by taking a meeting of Mandalam.
During this, the Vindhya Reconstruction Manch, which gave the form of a movement to the demand for Vindhya development and separate Vindhya, has started trying to give birth to a new equation before the elections by taking a tour in the Raigaon area. This yatra, led by Maihar MLA Narayan Tripathi, has opened up the possibility of new equations emerging in the area. There has been a different kind of activism in the Bharatiya Janata Party regarding the visit of Shri Tripathi to this Brahmin-dominated area.
BJP, which is confused about the candidate selection, has now started to agree that the party should give a chance to the new person, on the other hand the social equation and the local organization is in favor of giving ticket to the family of the former MLA. It is important to know here that in the past, the party's state organization had entrusted the responsibility of gauging people’s mood to the former ministers and the office bearers of the organization, including the present three ministers. Among them are Bisahulal Singh, Ramkhelawan Patel and Brajendra Pratap Singh. Former minister Rajendra Shukla has also been included.
On behalf of the organization, member of the State Working Committee, MP Ganesh Singh, Vice President Yogesh Tamrakar, General Secretary Sartendu Tiwari, Minister Rajesh Pandey have also been included. Sources also told that the party's state in-charge Murlidhar Rao, Co-Organization General Secretary Hitanand Sharma, State General Secretary Shardendu Tiwari, Ranveer Singh Rawat came to Satna for this purpose and took part in various meetings of the office bearers and workers of the organization and advised them to make serious efforts in favor of the party.