Reservation will be done till 25 for urban polls 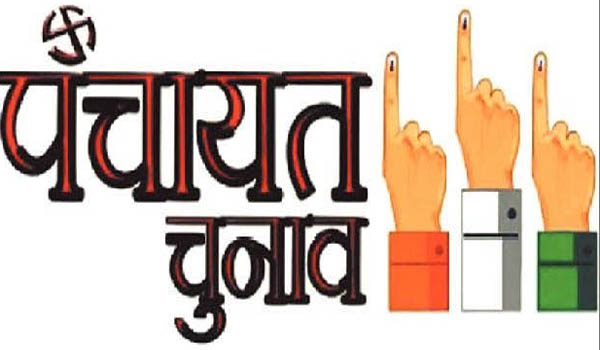 Chronicle Reporter, Bhopal
After the order of the Supreme Court to conduct elections with OBC reservation, now the flurry of panchayat elections has started in the district. Where, on the one hand the officials of the District Panchayat and the Election Commission started the process of reservation afresh from Friday that is to be completed by May 25.
After this the status of reservation in all Panchayats will be clear. Earlier there were 186 Panchayats in the district but now their number has increased to 222 with the formation of 35 new Panchayats.
On the basis of the newly prepared voter list, women voters are dominant in all these Panchayats. This time in six Panchayats, the number of women voters has overtaken men. In the last panchayat elections, the number of women voters was high in only two Panchayats, but this time with the efforts of conscious women working in self-help groups in the Panchayats, voter cards of women have been made in each house.
Due to this the gap between men and women in Panchayats has also been reduced to a great extent. District Panchayat CEO Rituraj Singh said that after the delimitation, there has been 222 gram Panchayats. The voter list has been prepared on the basis of these new Panchayats. In the month of January, all kinds of preparations were made including their reservation, but now after the order of the Supreme Court, the government has given instructions to make reservations afresh.
In this regard, the district panchayat officer and election officers held a meeting on Thursday. In which reservation is to be made on the basis of population in the wards of Panch, Sarpanch, Janpad Panchayat and District Panchayat.

9 new Panchayats in Phanda
Chawni Pathar, Patnaiya, Samsgarh1, Padaria Sankal, Dob, Pipliya Baz Khan, Mahabadia, Chhapri, Shahpura, Barkhedi Hajjam, Binapur, Mubarakpur, Binshankhedi, Guradiya, Jhagaria Khurd, Aredi, Mendora, Pipliya Rani and Khurchni Panchayats have been constituted. .
Votes will be cast in 309 booths of Berasia
There are 165519 voters in the voter list of Berasia development block. There are total 126 Panchayats here. Out of this, 86834 are male voters and 78683 are female voters. There are two third genders. Votes will be cast at 309 polling stations here.

- Votes will be cast at 266 booths in Phanda
There are total 159587 voters in the voter list of Phanda Vikas Block. It has 96 Panchayats. Out of these 83127 are male voters and 76456 are female voters. There are four third genders. Polling will be held in 266 booths of this development block. In most of the Panchayats of this development block, the number of women voters is high.
= In this way the process of reservation will be completed in five days
The process of reservation will be completed before the elections in village Panchayats in Bhopal district panchayat from May 20 to 25. In this, information about reservation of wards, Sarpanch post, district panchayat constituency and president post, district Panchayat's constituency will be given on Friday, wards, constituencies, Sarpanch, wards, constituencies, Sarpanch - Informed about the details of the number of presidents.