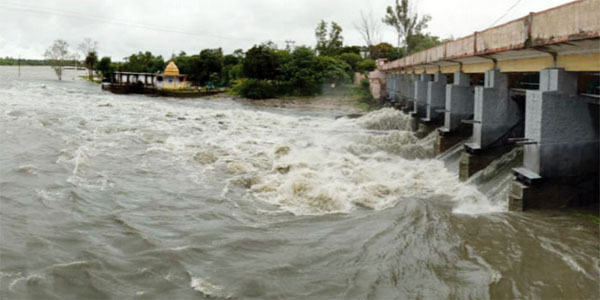 For the last three days, heavy rains are lashing about 20 districts of the state. The rivers and streams are in spate with torrential downpour at many places. An alert has been issued for all big and small dams.

The Meteorological Department has simultaneously issued Red, Orange and Yellow alerts. Similar weather conditions are expected to prevail on Sunday. From August 24-25 onwards, there can be some relief from the rain. Chief Minister Shivraj Singh Chouhan held a review meeting via video conferencing. Collectors have been asked to keep watch over small dams.

The Narmada Valley Development Authority Control Room is also in alert mode. On Saturday morning, sevem gates of Bhadbhada dam were opened one by one. Later two gates of Kaliasot Dam have also been opened. It can be gauged from the heavy rains in Bhopal that within six hours of the same day both the big dams’ gates had to be opened.