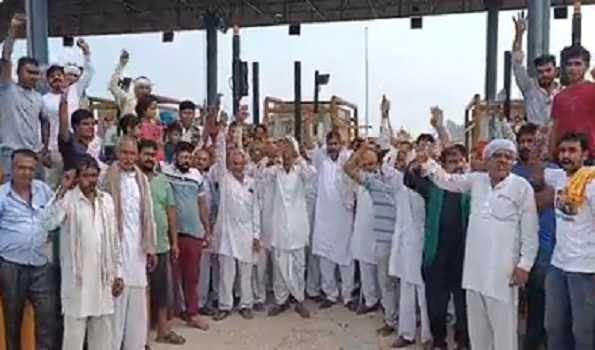 New Delhi, Sep 27 (UNI) Movements on several roads in Delhi were restricted amid heavy deployment of Police on the roads on Monday morning, amid a call for 'Bharat Band' by the Samyukt Kisan Morcha (SKM) against the three farm laws passed by the Central government.

Heavy security was deployed at Singhu border, Tikri border and Ghazipur border, where farmers have been camping since November last year, protesting against the controversial farm laws.

The road near the historic Red Fort was also shut for traffic.

Traffic was also shut close to the Dhasna border in Delhi due to the protests.

The Bandh has been called by the Samyukt Kisan Morch, the umbrella body under which farmer groups have been protesting for over a year now against the farm laws.

Call for the shutdown was given on September 5 at a 'Mahapanchayat'of farmers in Muzaffarnagar of Uttar Pradesh. The Bandh will be held from 6 am till 4 pm, as per the announcement made by the protestors.