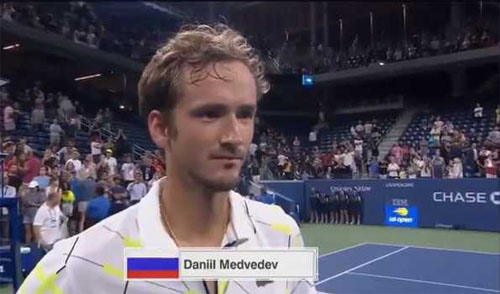 This was the first Grand Slam victory for 25-year-old Medvedev, who lost to Djokovic in February of this year in the Australian Open final. The Russian tennis player was appearing in his third career Grand Slam final on Sunday.

Djokovic was trying to complete the calendar Grand Slam with the goal of winning the Australian Open, French Open, Wimbledon and US Open this year, for the first time since Australia’s Rod Laver in 1969.