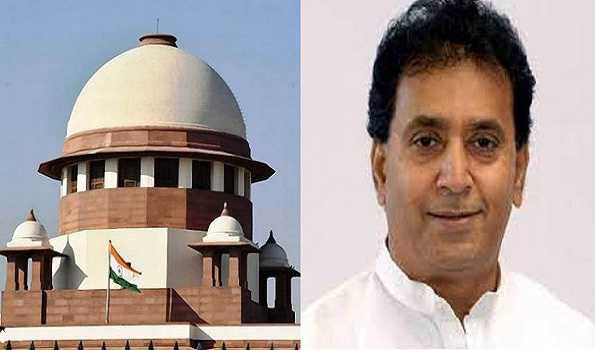 New Delhi, Jan 23(UNI) Supreme Court on Monday in its order rejected the appeal filed by the CBI challenging the order of the Bombay High Court which had granted bail to former Maharashtra Home Minister and Nationalist Congress Party (NCP) leader, Anil Deshmukh in a PMLA case probed by the CBI.

"We are not going to pass any order on this (CBI) appeal. We are dismissing the appeal (of CBI). We are not inclined to hear this one. Sorry," a bench of the Supreme Court, headed by the Chief Justice of India (CJI) Dr Dhananjaya Yeshwant Chadrachud said, in his order.

"The SLP (Special Leave Petition) is dismissed. Same observations as in PMLA case," the CJI observed in its order today.

The Top Court, also in its order, noted that Deshmukh was already granted bail in the PMLA case and SC also upheld that order.

This order of the Top Court carries a significance that the former Maharashtra State Home minister & NCP leader Anil Deshmukh will remain out on bail. The Apex Court also in its order noted that he is also on bail in the PMLA case.

Vacation bench of the Bombay High Court judge, Justice Santosh Chapalgaonkar, in its order had last year in December refused to entertain CBI's plea in light of regular court's earlier order that no further extension will be entertained in this regard in this particular case.

The former Maharashtra minister and 74-year-old, NCP leader Deshmuh, was lodged at the Arthur Road prison in Mumbai, till Decmeber 28, last year.

He was jailed last year in November 02, 2021, amid allegations against him by former Mumbai top cop Parambir Singh. The Enforcement Directorate and the CBI have filed separate cases against Deshmukh. Param Bir Singh had accused Deshmukh of trying to extort money from bar owners in Mumbai through some police officials.