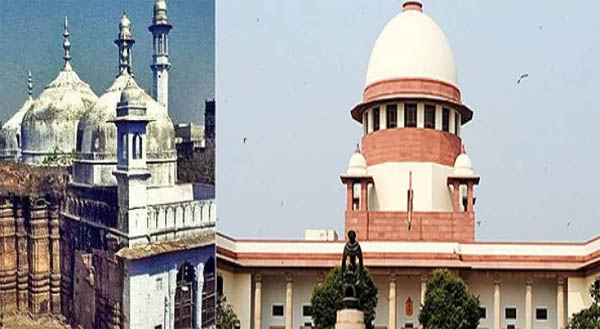 New Delhi, May 13 (UNI) The Supreme Court on Friday refused to pass any order in an appeal mentioned by the management of the Anjuman-e-Intezamia Masjid in Varanasi against a court order which allowed an Advocate Commissioner to survey the city's Gyanvapi mosque. "This court cannot pass any order today. I am so sorry. I have no idea about this case. Let me look at the papers. We will list it and hear the matter," a three-judge Bench headed by Chief Justice N V Ramana said. The Bench also comprised Justices Hima Kohli and J K Maheshwari. Senior lawyer Huzefa Ahmadi, appearing for the management of the Gyanvapi mosque, mentioned to the CJI about a court order permitting the Advocate Commissioner to survey the shrine. "My Lords, please grant status quo and hear the matter," he said, adding that the mosque is covered by the Places of Worship Act. The Supreme Court said it will look all the papers. "We will list it," CJI Ramana said. The survey in Varanasi was ordered by a local court