SC pronounces reasons why it granted bail to Arnab Goswami 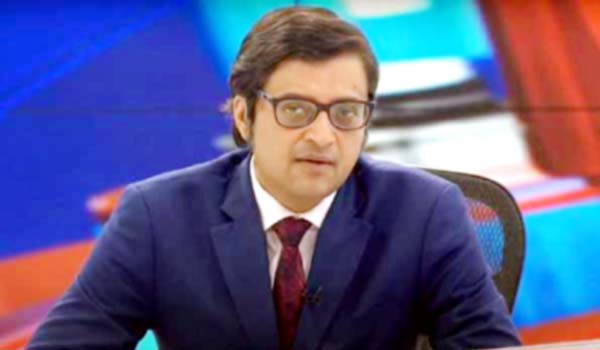 New Delhi, (UNI) Supreme Court on Friday pronounced reasons as to why it had granted bail to TV anchor Arnab Goswami, accused in the abetment to suicide case.

A bench headed by Justice DY Chandrachud said, the evaluation of FIR against Arnab Goswami, prima facie, does not establish any abetment to suicide charge.

"The Bombay High Court failed to take a prima facie view of the FIR, the nature of accusation and the level of charge against Goswami and erred in not granting bail," Justice Chandrachud said in his judgement.

Prima facie, the evaluation of FIR lodged by Maharashtra police about alleged non-payment of dues driving the businessman to commit suicide does not establish prima facie a charge of abetment against Goswami, the Apex Court said.

The Supreme Court further said that the Bombay High Court abdicated its duty in protecting the liberties of a citizen who had been complaining that he was being targeted by the Maharashtra government for his views expressed in his TV channel.

The Supreme Court said the interim bail given to Goswami and others on November 11 will remain in force till the Bombay HC decides their petitions for quashing of FIR.

The Apex Court also said their bail would remain in force for 4 weeks after the High Court decision, so as to enable them to move Supreme Court if the High Court rejected their pleas.

The Supreme Court observed that the doors of this court cannot be shut for those who prima facie show instrumentalities of the State has been misused. Deprivation of liberty even for a single day is much.