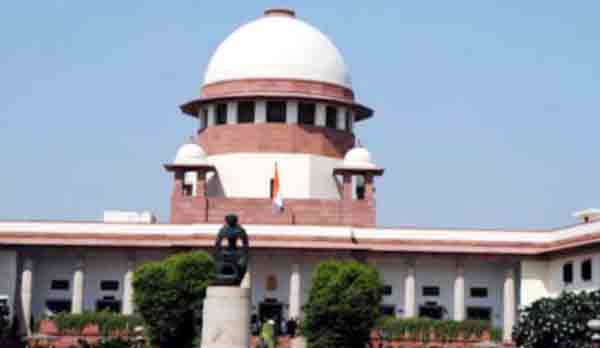 New Delhi, May 18 (UNI) Thirty long years after he was jailed, the Supreme Court on Wednesday ordered the release of A G Perarivalan, one of those serving life imprisonment for his involvement in former Prime Minister Rajiv Gandhi's assassination on May 21, 1991. Thrown behind the bars for procuring batteries used in making a belt bomb that blew up the Congress leader at an election rally in Sriperumbudur near Chennai, the court invoked Article 142 of the Constitution to release Perarivalan, triggering a wave of his joy at his modest home in Tamil Nadu. His mercy plea was moved between the Tamil Nadu Governor and the Indian President. Perarivalan, who was 19 years old when he was first arrested, was initially handed a death sentence but it was later commuted to life imprisonment. A three-judge Supreme Court Bench headed by Justice L N Rao and also comprising Justices B R Gavai and A S Bopanna had reserved the order on May 11. Perarivalan, now on bail, had moved the top court seeking direction for his early release. His lawyer Gopal Sankaranarayanan had told the apex court that his conduct has been good during in jail and hence he should be released. He was sentenced to death in May 1999. It was later commuted to life sentence. An earlier pardon request made by him and another made by the state of Tamil Nadu in 2018 were denied by the Governor. Perarivalan was arrested by the Central Bureau of Investigation (CBI) shortly after the assassination of Rajiv Gandhi and 15 others when a LTTE woman suicide bomber later identified by her nom de guerre Dhanu blew herself up while pretending to touch the Congress leader as a mark of respect. The LTTE, which was militarily vanquished by the Sri Lankan military in May 2009, initially denied its involvement in the grotesque killing. But its claim of innocence fell apart as Indian investigators joined the jots in the conspiracy. As the Supreme Court decision became known, Perarivalan and his family turned emotional at Jolarpettai in Vellore district. Perarivalan, his mother Arputhammal and father Kuildasan were moved to tears along with several family members and relatives. Perarivalan, who had been granted bail to serve his ailing father, celebrated by distributing sweets and by hugging family members and close friends. Locals joined the celebrations. Perarivalan's parents expressed happiness over his release and thanked all those who stood by them during the prolonged legal battle. "I am extremely happy", father Kuildasan told reporters. Mother Arputhammal said that her son's release marked the culmination of a 31-year-long battle. "I am at a loss of words...I don't know what to say." She thanked the Tamil Nadu government and Chief Miniser M.K.Stalin for granting parole and the High Court for releasing him on bail. She also thanked leaders of all political parties for supporting her son's release. Peraraivalan said: "Truth and justice are on our side. The confidence that I did not commit any wrongdoing gave the strength for me and my mother to win this legal battle." "My mother was my strength and it helped us win this legal battle", he added. Perarivalan always maintained that he had no knowledge about the assassination and that he bought the battery in good faith. He recalled the submission by a police officer to the CBI in 2013 that he had failed to record the statement of Perarivalan that he was innocent. Leaders of various political parties, Vaiko of MDMK, D. Raja and Mutharasan of CPI, Thirunavukkarasar of Congress, K Annamalai of BJP and Pazha Nedumaran of the Tamil Nationalist Movement hailed the court order. They demanded that the remaining convicts should also be released in line with the Supreme court order. The convicts are Nalini, T. Suthendraraja alias Santhan, Sriharan alias Murugan (Nalini's husband), Robert Payas, S. Jayakumar alias Jayakumaran and Ravichandran alias Ravi. All of them have spent over 30 years in jail. Santhan, Murugan, Payas and Jayakumar are Sri Lankan Tamils.