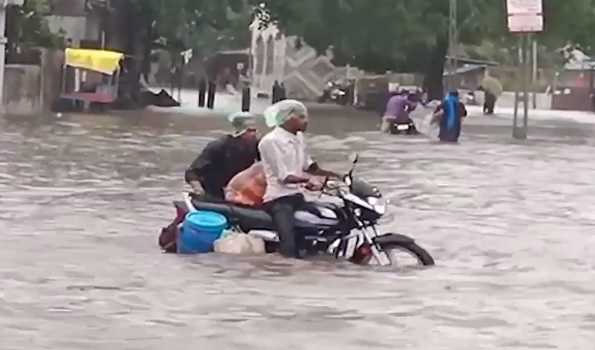 New Delhi, Jun 18 (UNI) India Meteorological Department (IMD) on Friday said that the Southwest Monsoon has further advanced into some more parts of north Arabian Sea, most parts of Gujarat region, some parts Saurashtra, southeast Rajasthan and some more parts of Madhya Pradesh and Uttar Pradesh.
According to the IMD officials, the Northern Limit of Monsoon (NLM) passes through lat. 21.5°N/ Long. 60°E, Junagarh, Deesa, Guna, Kanpur, Meerut, Ambala and Amritsar on June 18.
Conditions are favorable for further advance of southwest monsoon into some more parts of north Arabian Sea, Gujarat, south Rajasthan, west Uttar Pradesh and remaining parts of Madhya Pradesh during next 24 hours, the IMD further said.
As per the forecasts, the conditions for further advance of monsoon over Delhi may not happen at least till the next week.
The large-scale atmospheric conditions are not favourable for the further advance of monsoon into Delhi and other parts of northwest India this week. Therefore, it is likely that the onset of monsoon over Delhi would happen only in the fourth week of June, the IMD said.