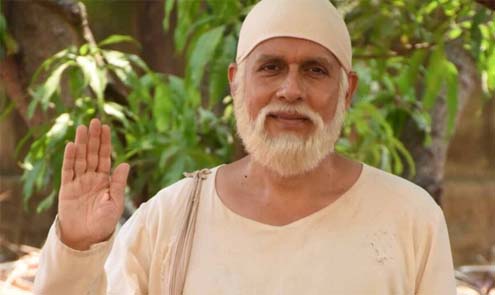 Sony Entertainment Television’s Mere Sai - Shraddha aur Saburi has an ever-increasing fan-following of viewers who religiously follow the show. The show not only imparts Sai Baba’s wisdom but also reveals various unique facts from his life. The show based on Sai Baba’s teachings beautifully brings out each story which always has a significant learning and messaging behind it. In the upcoming track, viewers will see how Sai Baba helps his bhakt Hansraj curb the habit of eating curd by disguising as a cat.
Elaborating on the track, Tushar Dalvi aka Sai Baba shares, “Mere Sai always brings to light powerful messages as part of interesting Sai tales. The upcoming track of the show will particularly highlight the fact that God takes various forms to guide and help us, we just need to follow his path and have faith in our destiny. In the track, viewers will see how Sai Baba requests his bhakt Hansraj to curb the habit of eating curd as it is not good for his health. Not paying heed to his words, Hansraj continues consuming curd and falls ill one day. Sai who comes to his rescue, notices that he still hasn’t given up the habit. So, in order to stop this, he disguises as a cat and is successful in making Hansraj stop eating curd for good. Similarly, God has a plan for all of us and we must not fight or oppose that. If you are in alignment with the Universe and trust His being, you shall also be able to identify the signs that will take to your true path. God is amongst all of us, even the plants and even the animals”