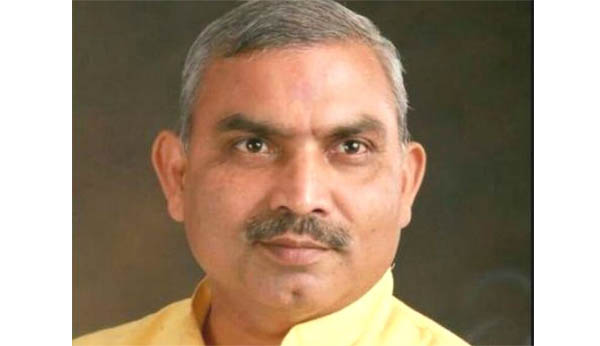 BJP National President JP Nadda has sent National Joint-organization General Secretary Shiv Prakash to Bhopal, giving responsibilities if six states including Madhya Pradesh and Chhattisgarh. The headquarters of Shiv Prakash will be in Bhopal. His appointment caused a huge stir in the state BJP. No one had imagined that the party's national leadership would take such a step.

According to sources, with the appointment of Shiv Prakash, the Rashtriya Swayamsevak Sangh will strengthen its hold on the BJP in Madhya Pradesh and Chhattisgarh. They will implement the action plan in Madhya Pradesh decided in the recently concluded RSS meeting of Ahmedabad. Under this, the BJP's network is further strengthened among tribals and Dalits. Shiv Prakash has been a pracharak in Uttar Pradesh for a long time. He was brought to BJP in 2015 when he was a pracharak of North Central region. Shiva Prakash is famous for constant dialogue, tireless efforts, innovation and networking with field workers.

Why Shiva Prakash sent to MP

Shiv Prakash has been made in charge of Madhya Pradesh, Chhattisgarh, Maharashtra, Rajasthan, Telangana, and West Bengal, but from the point of view of Madhya Pradesh, his appointment is very important because his headquarters will remain Bhopal. . Shiv Prakash has been a pracharak in Rashtriya Swayamsevak Sangh for a long time, so he knows the importance of field workers. He is known to communicate with workers at the booth level. He migrates continuously and encourages young workers. He is also considered a pioneer in social engineering. He has worked for a long time in West Bengal and has strengthened the organization there. The appointment of Shiv Prakash has also indicated that the BJP's national leadership has started preparations for 2023. Madhya Pradesh Assembly elections will be held on 2023. The BJP leadership wants that the organization of the state can remove its weaknesses by then. The national leadership of the Sangh wants the BJP's network to be strong among tribals and Dalits. Shiva Prakash has a good experience of working among tribals and Dalits. He will play the role of coordination in BJP and Sangh Parivar.