Scholarship to continue till completion of course 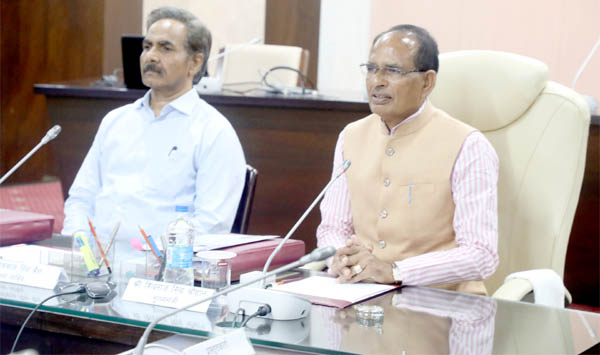 Cabinet approves amendment in Medhavi Vidyarthi Yojana; Police Driving Training and Research Institute will start in Datia
Bhopal: A meeting of the Cabinet was held in Mantralaya today under the chairmanship of Chief Minister Shri Shivraj Singh Chouhan. The cabinet approved amendments to the Mukhya Mantri Medhavi Vidyarthi Yojana (Chief Minister Meritorious Student Scheme). According to the amendment, such students who have got the benefit of the scheme once and even if the income limit is more than Rs. 6 lakh, they will be eligible for the benefit of the scheme till the completion of the course.
Now after getting the benefit once in this scheme, the benefit was not available if the income limit was 6 lakhs. The student will get the benefit even if their family has more than 6 lakh income. Diploma pass students from Bhopal take admission in second year courses of engineering, pharmacy through lateral entry. Students who have a place in the first 15 percent in their merit list, 12th 85 percent from MP Board and 70 percent marks from CBSE will be eligible in this scheme. Such students will not need JEE Mains ranking.
Narottam Mishra, spokesperson of the MP government said that before the cabinet meeting, the CM discussed about the visit of Prime Minister Narendra Modi coming to Ujjain to inaugurate the Shiv Srishti on October 11. Along with this, the CM inquired about the review of the Chief Minister's public service campaign and the visits of ministers on upcoming programs. CM said- After discussing with MLAs, MPs, organize a camp to connect the beneficiaries with the schemes.

Police Driving Training Institute
The Cabinet gave its approval for the establishment and operation of Motor Driving Training and Research Institute (MDTRI) in Datia district. As non-recurring expenditure of the institute Rs. 30 crore will be given for establishment and operation and Rs. 22 lakh for the purchase of necessary equipment, Rs. 90 lakh in the first year for the purchase of one-third of the vehicles proposed for the institute and the remaining amount of one crore 80 lakh rupees will be given in the next 4 years.  With this, the policemen will also be able to get training in the training program from the experienced trainers of BSF Tekanpur located near Datia. Job opportunities will open for the local people. Training courses for drivers will be started in this institute. The Home Minister said – 13 posts of Police Vehicle Instructors have been approved. No post will be taken from Rewa in this institute. The posts here will be filled from outside and outsourced.
Other decisions
- Approval to implement the relief rate of dearness allowance to government employees and pensioners from August 1.
- Approval for the posts of Excise staff in Niwari. Approval of one post each of District Registrar, Steno Typist, Peon.
- Approval of two lane asphaltized road from Bharatpur to Jigna. Road construction will be done at a cost of 178.62 crores.
- Approval of posts of projects operated under MP State Electronics under Science and Technology Department.
- In Road Corporation, routes have been approved to collect toll on 3 state highways through agency collection.
- Approval was given to sell the scrap of Dalda factory of Cooperative Department in Churhat for Rs 2 crore 40 lakh. On depositing 100% amount, it was approved to be given.