Sehore will be connected to Bhopal by light metro 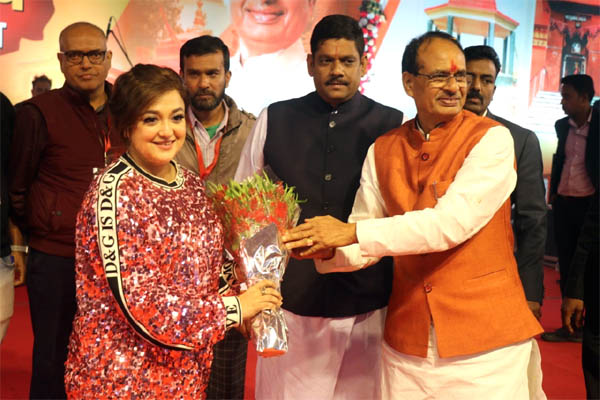 Bhopal: Chief Minister Shivraj Singh Chouhan has said that Sehore will be made one of the leading cities of India with everyone's cooperation. There will be no shortage left in the development of Sehore. Industrial area will be developed here. Sehore will be developed as a sub-city of Bhopal. Bhopal to Sehore will be connected through light metro. The famous Chintaman Ganesh temple here will also be developed like Shri Mahakal Mahalok.
Chouhan said that Sehore is the land of heroes. Amar Shaheed Chain Singh fought bravely against the British. At the place where the martyrs were gunned down in Sehore, a grand memorial will be constructed like Jallianwala Bagh.
CM Chouhan participated in Sehore Gaurav Divas celebrations in Sehore today. On this occasion, he honored 32 celebrities of Sehore with Gaurav Samman. He inaugurated/laid foundation stones of many development works.

Export of Sharbati wheat to be promoted
Chouhan said that Sharbati wheat of Sehore is famous all over the world. It is necessary to encourage its export. Two varieties of soybean Jawahar 9305 and 15601 were developed in Sehore by Krishi Vigyan Kendra. Sehore's Kachori, Kadi, Puri, Sira, Sev, Mangode are famous. Agricultural implements are made in Sehore.

Houses decorated with rangoli and lights
During the road-show on the pride day of Sehore city, Chief Minister Shri Chouhan was overwhelmed by the greetings showered with flowers by the citizens and the residents of the city were also became emotional to find the CM among them. In the road-show which lasted for about two kilometers, everyone from children to the elders came out of their houses and looked eager to welcome the Chief Minister. On the pride day of the city, the residents of the city decorated their houses and courtyards by lighting colorful lights, rangoli and lamps.