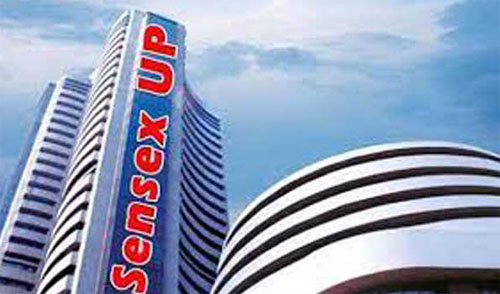 Mumbai, Oct 13 (UNI) The equity market maintained its winning streak for the fifth consecutive session on Wednesday, as the BSE Sensex zoomed up 452.74 points to close at 60,737.05 following a spurt in stocks including Auto, Utilities, Power and Industrials.

Other important indicators like the country's retail inflation, which fell in September, falling to a five-month low of 4.35 per cent, while the Index of Industrial Production (IIP) rising to 11.9 per cent YoY in August too, impacted the equity market.

The sectoral indices that shot up were Auto, Utilities, Power, Industrials and Metal stocks.

The scrips that shone were M&M, up by 5.22 per cent to 936 followed by Powergrid, ITC, L& T and Tech Mahindra, however, selling in Maruti Suzuki, Hind Unilever, Nestle India and Axis Bank restricted from further gains, a broker informed.

In 30 scrips, 21 advanced while nine declined.

European stocks remained weak on Wednesday too as investors were unnerved by the prospect of rising inflation slowing growth.

Asian stocks had a mixed response on Wednesday as traders weighed the impact of elevated inflation on the economic recovery and looked ahead to earnings reports.

Nifty continues its upward trend unabatedly and closed above 18,000. Advance decline ratio ended marginally in the positive. Technical indicators on daily charts are close to becoming overbought and hence some correction/ consolidation in the index may be seen over the next 1-2 sessions, Deepak Hasani, Head Retail Research said.