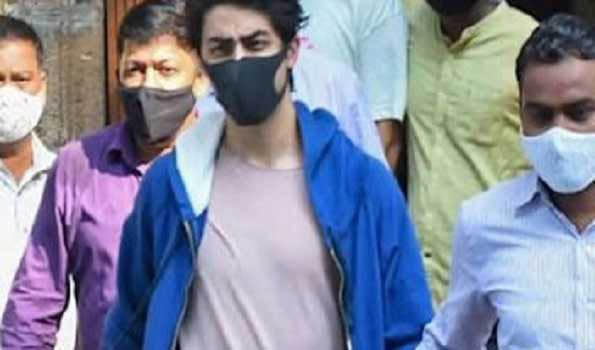 Mumbai, Oct 11 (UNI) Aryan Khan, son of Bollywood actor Shah Rukh Khan, who was arrested in connection with the Mumbai-Goa cruise drug bust case, on Monday moved a sessions court here for bail, challenging an order of a magistrate's court.

Special Judge V V Patil, who deals with Narcotic Drugs and Psychotropic Substances (NDPS) Act cases, fixed the hearing of the bail plea on October 13. The magistrate's court had rejected his petition on Friday.

Aryan, 23, was arrested on October 3 during a raid by the Narcotics Control Bureau (NCB) from the cruise ship.

In his petition, he submitted that no narcotic substance was found from his possession and that he has no association with the alleged actions of the other accused persons nor is connected to them.

Advocate Satish Maneshinde, appearing for Aryan, argued that his client, who continues to be in judicial custody, should be released on bail as the probe has been completed.

The court decided to hear the case on October 13 after the NCB lawyer sought time to file his reply.