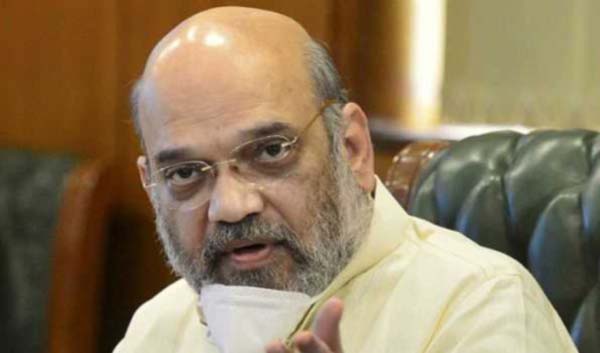 New Delhi, (UNI) Union Home Minister Amit Shah on Saturday said the Centre will hear the concerns and demands of the protesting farmers, assuring to hold talks with them before December 3, only if they move to the protest site allocated by Delhi Police at the Burari grounds.

The Union Minister offered to speak to the thousands of farmers gathered at the Singhu and Tikri border points of the National Capital, as part of the 'Delhi Chalo' march call given by various farmer organisations, against the new Agri laws passed by Parliament in September.

The ryots, mainly from Punjab and Haryana, were joined by their counterparts in Madhya Pradesh and Rajasthan, A group of nearly 200 farmers from Uttar Pradesh also gathered at the Ghazipur border with their vehicles on Saturday.

Mr Shah claimed that a section of farmer unions wants an early discussion on their issues. The Government will speak to them the very next day, but first they have to shift their protests from the highways at border areas to the allocated place, he said.

He further said the place decided by Delhi Police was well-equipped with all facilities, including medical attendance and they could protest there in a peaceful and democratic manner.

The Home Minister said though Agriculture Minister Narendra Tomar has already invited farmers for talks on December 3, the government was willing to meet them earlier too.

However, the ryots did not seem to be go along with the Home Minister's appeal.

Bharatiya Kishan Union (Ekta-Ugrahan) rejected the offer, saying that they would instead go to Jantar Mantar.

'Home Minister has called for early meeting on a condition, it's not good. He should've offered talks with open heart without condition. We'll hold meeting tomorrow morning to decide our response,' Jagjit Singh, BKU Punjab President, said at Singhu border.