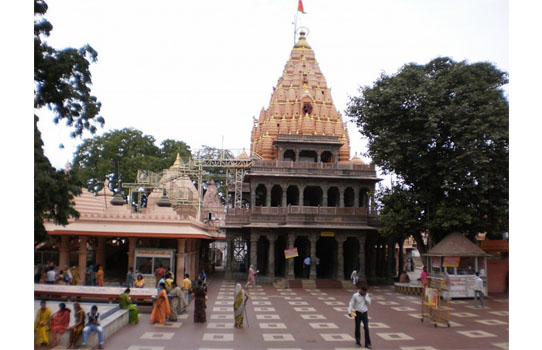 Ujjain-Mahashivaratri festival was started from Thursday in the world famous Jyotirlinga Mahakal temple of Ujjain. This is the only day of the year when Bhole Shankar is decorated with turmeric on this day.
It is significant that turmeric is not used in the worship of Lord Shiva. It is said that according to the scriptures, Shivling is a symbol of male element and turmeric is a feminine object. Therefore, turmeric is not used in their worship, but on this day before Shivaratri, the abhishekam of Lord Koteshwar Mahadev is situated near Kotitirtha Kund and turmeric is applied to Lord Shiva and Goddess Parvati. It is said that it is a ritual of turmeric before Mahakal becomes a bride. Mahakal dulha will be made on Shivratri, so on Thursday, the festival of applying turmeric to them has started. He will be made up in nine different forms in nine days. A large crowd of devotees throngs for these special darshans of Mahakal. The festival started with Bhole Baba's turmeric ceremony. In the same sequence, at 9.30 am on Thursday, Panchamrit Abhishek of Lord Mahakal was done in the sanctum sanctorum and special worship was done.
Notably, according to the classical promise, the festival of Mahashivaratri is celebrated on the day of Falgun Krishna Chaturdashi. Well, on the Chaturdashi of Krishna Paksha, Shivaratri fast is observed every month. It is believed that the marriage of Lord Shiva and Parvati took place on the day of Phalgun Shivaratri.