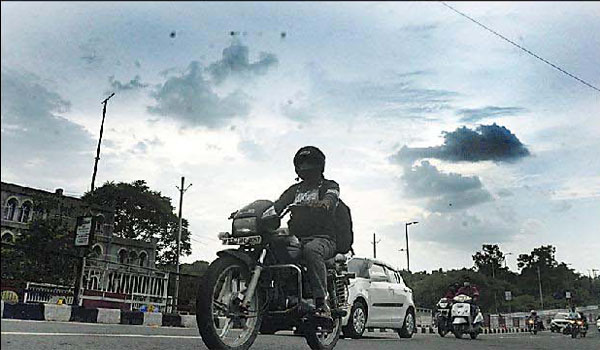 In the last 24 hours, 23 districts of Madhya Pradesh received heavy rains. Khandwa recorded maximum 10 cm of rain. At the same time, 5 cm of rainfall occurred in Indore-Chhindwara and Seoni. Heavy rain started in many parts of the state including Guna from Sunday morning.
Rainfall occurred in capital Bhopal also. There was heavy rain in Bhopal on Saturday afternoon. After this the period of drizzle had begun. There was heavy rain in many areas since 9 am on Sunday. Meteorologists have predicted good rains in many districts on Sunday.
The Meteorological Center, Bhopal has predicted heavy rains in many districts of Madhya Pradesh in the next 24 hours. According to meteorologists, a new system of low pressure is being formed from September 27. Due to this, there will be light and moderate rains across the state till the first week of October, but before that due to active monsoon, it is raining across the state.
Two people died in Ashoknagar and Sidhi due to lightning, while six people got scorched.

Gates of Tawa Dam opened for second time
Water is being released by opening five gates of Tawa Dam of Hoshangabad. The water level of Tawa dam continues to rise due to good rains in the catchment area of Tawa Dam, Betul, Pachmarhi and water released from Satpura Dam. Due to this, 5 gates were opened at 9 pm on Saturday night. 44065 cusecs of water is being released from Tawa Dam. A large number of tourists are reaching on Sunday to see this beautiful sight emerging from the gate of the dam.

Gates of Mahi Dam in Dhar also opened
Due to heavy rains in the district since Saturday evening, there has been a significant increase in water in both the dams of the Mahi project. Deputy Engineer KC Nilkanth said that at 10 o'clock in the night a gate was opened up to half a meter. At the same time, at 12 o'clock in the night, the second gate was also opened. The dam has four gates, out of which three gates have been opened.