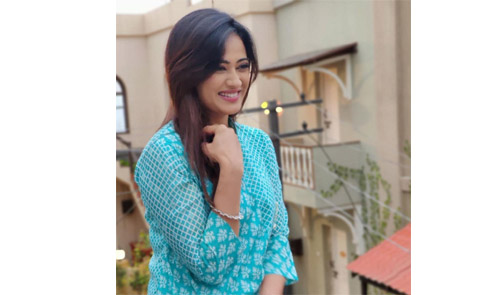 Khatron Ke Khiladi 11 contestant Shweta Tiwari shares how she stays connected with her family back home while she is in Cape Town and what made her say yes to the reality show.
Actress Shweta Tiwari is one of the contestants of the stunt-based reality show Khatron Ke Khiladi (KKK) 11. The actress is known for her acting skills and charming looks. She has been part of the reality shows including Bigg Boss 4 and Nach Baliye 2. She is presently in Cape Town for the shoot of KKK 11. The actress talked with ETimes TV about joining the show and how she stays in touch with her family who is in Mumbai.
On being asked what made her say yes to the show, Shweta said that she has participated in almost every reality show, but Khatron Ke Khiladi is very different. She shared that in this show, you face your fears and do stunts that you can’t do in normal life. She did the show for the element of adventure. She mentioned, “Also, my daughter told me that if I didn’t take it up now, it would be too late for me to participate in this show in the future.”
The Begusarai actress also talked about her kids. She said that she misses them greatly and they are always in touch through the internet. She shared that in the nights, they sleep with video calls switched on for the experience of seeing each other when they wake up in the morning. She added that she talks to her daughter after every stunt and tells her how it went. She also said that her younger one has an adorable request from her. She said, “My son wants me to get him a hippopotamus, which he calls ‘hippomonatus’ from South Africa to India for him. So, if in an episode I get to meet a hippopotamus, I am going to take him home, because my son wants it (laughs!).”
Sharing about her work front, she said that she feels blessed that she has enough work at present to take care of her family and live her life smoothly.