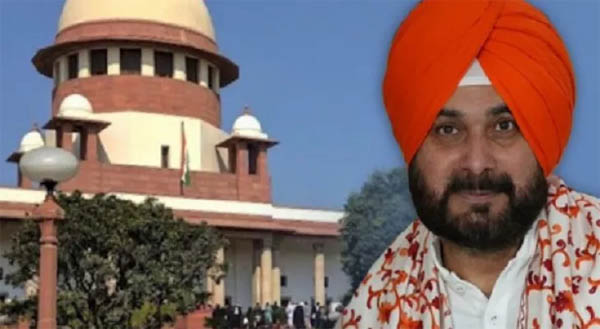 New Delhi, May 19 (UNI) In a major setback to former Punjab Congress President and former Indian cricketer Navjot Singh Sidhu, the Supreme Court on Thursday sentenced him to one year rigorous imprisonment in a 1988 road rage case. "We allow the review application on the issue of sentence. In addition to the fine imposed, we impose an imprisonment of one year to be undergone by (Sidhu)," a two-judge Bench headed by Justice A M Khanwilkar and also comprising Justice Sanjay Kishan Kaul said. The case dates back to December 27, 1988 when Sidhu, at that time a cricketer, assaulted Gurnam Singh, who died after the attack. A Sessions Court Judge of Patiala had on September 22, 1999 acquitted Sidhu and his associate due to lack of evidence and by giving him the benefit of doubt. Later, the Punjab and Haryana High Court convicted Sidhu under Section 323 (voluntarily causing hurt) of the Indian Penal Code (IPC) and sentenced him to three years in jail. But the Supreme Court in 2018 let him off with a mere fine, noting that the incident was more than 30 years old and there was no past enmity between the accused and the victim and no weapon was used by the accused. Subsequently, the family members of the deceased moved the Supreme Court by filing a review petition and sought a modification of the 2018 judgement. The Supreme Court on Thursday allowed the review petition filed by the family of Gurnam Singh. It, however, rejected a plea of the victim for adding the charge of culpable homicide not amounting to murder on Sidhu.