Situation on US Afghanistan agreement must be clear: Naidu 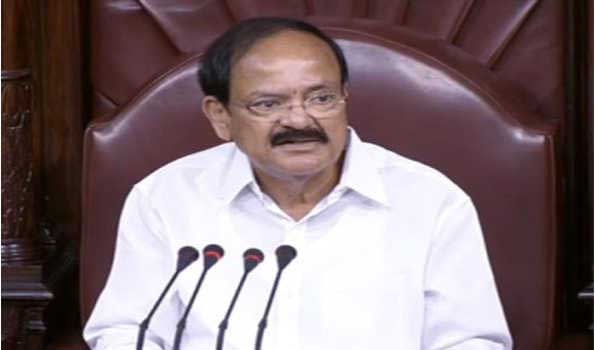 New Delhi,  Rajya Sabha Chairman M Venkaiah Naidu on Friday said the Government should take note of the US-Taliban Agreement in Afghanistan and the External Affairs Ministry should clear the situation arising out of the deal.He was reacting to an issue raised by the Biju Janta Dal Member Sasmit Patra who pointed out India’s interests in Afghanistan after this pact.Raising this issue, Mr Patra said under the agreement, the US Force will be leaving Afghanistan in next 14 months and the state affairs handed over to theTalibans.'Till recent past, we had a different opinion about the Taliban and now the deal between the US and Taliban should be seen in view of India’s economic interests. Moreover, they do not control the entire Afghanistan. A large area adjoining Pakistan is under the influence of Pakistani terror organisations such as Lashkar-e- Toiba and Jaish-e-Mohammad', Mr Patra said.The BJD lawmaker further said these Pakistani terror outfits have been issuing threats to India. These outfits will also try to control the ares where India has invested huge investments in infrastructure projects.
Therefore, the EAM must take note of the situation after the agreement, he added.