Six labourers were killed in a explosives near shivamogga 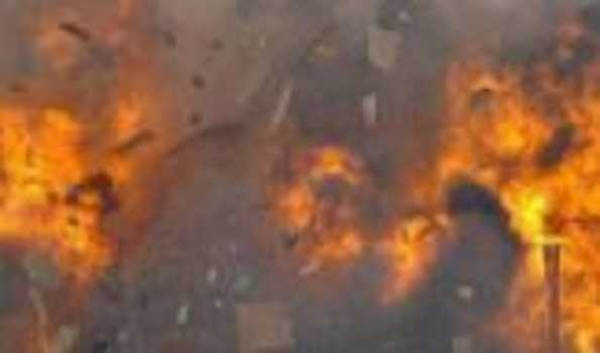 Shivamogga Jan 22(UNI) In a tragic incident at least six persons killed and several others injured an explosion of a truckload of explosives, suspected to be meant for mining, killed at least in the district late last Thursday night.

Police said on Friday the victims were reportedly transporting the explosives meant for mining when the incident happened. The vehicle was badly mangled and the bodies of the victims were dismembered beyond recognition.

Senior district and police officials including the superintendent of police of Shivamogga have rushed to the spot  the massive explosion took place near a gravel and boulder crushing facility, sending shockwaves not only in Shivamogga, but also in neighbouring Chikkamagaluru and Davangere districts.

So strong was the blast that window panes shattered while many houses and even roads developed cracks, said police As the jolt was mistaken to have been caused by an earthquake, geologists were contacted, who ruled out recording tremors in any of their observatories.

Due to the explosion, the adjoining villages of Hunasodu were engulfed in thick nauseating smoke. "The intensity of the blast was such that the entire truck was blown to pieces killing six labourers on the spot while injuring others. The road leading to Abbalagere developed major cracks," said an official from Shivamogga district administration.

police officer said, "There has been a blast in a truck carrying gelatin. Six labourers in the truck were found dead. The vibrations were felt locally."

Meanwhile prime Minister Narendra Modi condoled the death of blast victims. "Pained by the loss of lives in Shivamogga. Condolences to the bereaved families. Praying that the injured recover soon. The State Government is providing all possible assistance to the affected," his said in a tweet.