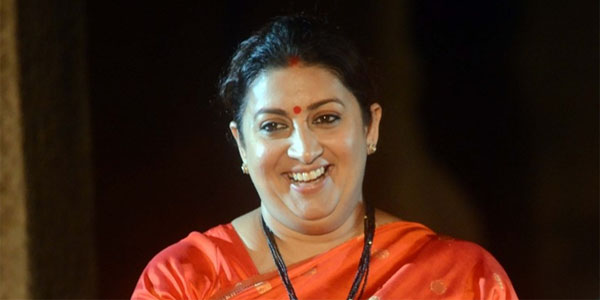 Women and Child Development Minister Smriti Irani on Wednesday expressed gratitude to Prime Minister Narendra Modi and the Union Cabinet for approving the National Education Policy 2020, aimed at "a transformative restructuring of Education in India encompassing every stage of learning from early education to higher education with greater emphasis on technology and digitisation."

Ms Irani, who as former Human Resource Development Minister, had set the ball rolling for overhaul of the education policy, said NEP2020 was outcome of the most exhaustive consultations carried out by the GOI under Mr Modi's leadership.

'Honoured to be part of the extensive exercise initiated in 2015 and thankful to (her successors) Prakash Javdekar and Dr R Pokhriyal for supplementing the efforts of the HRD Ministry,' she said.

The entire exercise, she recalled, had been formulated, after taking into consideration over two lakh suggestions.

'NEP2020 will pave the way for building a robust education system rooted in Indian ethos, thereby transforming India into a global educational powerhouse, as envisioned by the PM,' she added.

Anganwadis and schooling systems through the National Curricular & Pedagogical Framework for Early Childhood Care & Education under NEP2020 will focus on attaining outcomes in developing cognitive, socio-emotional-ethical, cultural and communication skills among children, the WCD minister noted.

Laying emphasis on education in early years, the NEP2020 provisions for quality early childhood care and education for children between 3-6 years through Anganwadis and Schooling. The WCD Ministry, with HRD Ministry and other line Ministries, will strive to achieve the aim of ECCE by 2030," she added.