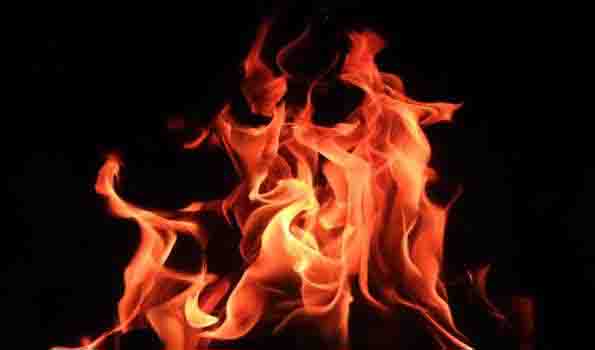 Srinagar, A soldier was injured while three structures and two vehicles were gutted in a massive fire in an Army camp in the border town of Kupwara, official sources said on Wednesday. They said fire broke out inside an Army camp of 41 Rashtriya Rifles (RR) in Khumriyal in Kupwara on Tuesday evening. 'Fire tenders were rushed to the area to douse off the leaping flames, clearly visible from a distance,' they said